Antibiotic Could Protect Against Neurodegenerative Diseases During Aging

Summary: A new study reveals minocycline, a popular antibiotic, can help extend lifespan and improve protein balance in worms. Researchers say the protective mechanism of the medication could be exploited to help prevent neurodegenerative diseases like Alzheimer’s or Parkinson’s in humans. Source: eLife.

An antibiotic, minocycline, can increase the lifespan of roundworms by preventing the build-up of proteins during ageing, a study in the open-access journal eLife reports.

The number of proteins in a cell is balanced by the rate of protein manufacture and disposal, called proteostasis. As we age, proteostasis becomes impaired. “It would be great if there were a way to enhance proteostasis and extend lifespan and health, by treating older people at the first sign of neurodegenerative symptoms or disease markers such as protein build-up,” says lead author Gregory Solis, a graduate student at Scripps Research, US. “In this study, we investigated whether minocycline can reduce protein aggregation and extend lifespan in animals that already have impaired proteostasis.”

Aging impairs the activation of stress signaling pathways (SSPs), preventing the induction of longevity mechanisms late in life. Here, we show that the antibiotic minocycline increases lifespan and reduces protein aggregation even in old, SSP-deficient Caenorhabditis elegans by targeting cytoplasmic ribosomes, preferentially attenuating translation of highly translated mRNAs. In contrast to most other longevity paradigms, minocycline inhibits rather than activates all major SSPs and extends lifespan in mutants deficient in the activation of SSPs, lysosomal or autophagic pathways. We propose that minocycline lowers the concentration of newly synthesized aggregation-prone proteins, resulting in a relative increase in protein-folding capacity without the necessity to induce protein-folding pathways. Our study suggests that in old individuals with incapacitated SSPs or autophagic pathways, pharmacological attenuation of cytoplasmic translation is a promising strategy to reduce protein aggregation. Altogether, it provides a geroprotecive mechanism for the many beneficial effects of tetracyclines in models of neurodegenerative disease. 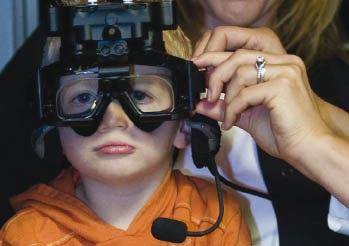