“It is vital that diabetics should have their hearing tested as part of their diabetes management programme to implement preventive health and hearing conservation strategies.

Listen to Paula Cook discuss the links between hearing loss and diabetes with Nana Akua on BBC Three Counties Radio.

Hearing loss is only just coming under the spotlight as a recognised complication of diabetes according to Paula Cook, Senior Audiologist at Aston Hearing, who says: “It is vital that diabetics should have their hearing tested as part of their diabetes management programme to implement preventive health and hearing conservation strategies.  This is not something that is routinely done yet for diabetics, but it is very important not least because hearing loss is associated with depression and functional loss.”

Globally, an estimated 422 million adults were living with diabetes in 2014, compared to 108 million in 1980 as a result in a huge growth of type two diabetes cause by poor diet and lifestyle. It is estimated that just over four million people have diabetes in the UK. 90% are type 2 diabetics. It is believed that up to a further one million people remain undiagnosed.

Paula started working at Aston Hearing in September 2014 as a clinical ear specialist trainee and then in 2015 Paula joined as a full time Audiologist. Prior to joining Aston Hearing, Paula obtained her NNEB diploma after school to work as a nanny, then pursued a career as a firefighter for 7 years and also worked as an audiologist for the NHS. Paula was inspired to become an audiologist as both her children Ellen and Michael have worn hearing aids since they were babies. Paula is particularly interested in pediatrics, tinnitus and dementia. When Paula is not at work she enjoys reading, walks along the Thames, and spending time with family and friends. 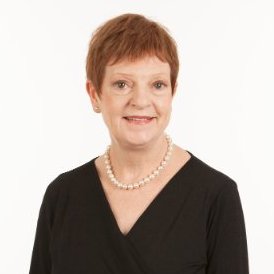 MindMaze: A Virtual Reality Device That Interfaces With Your Brain